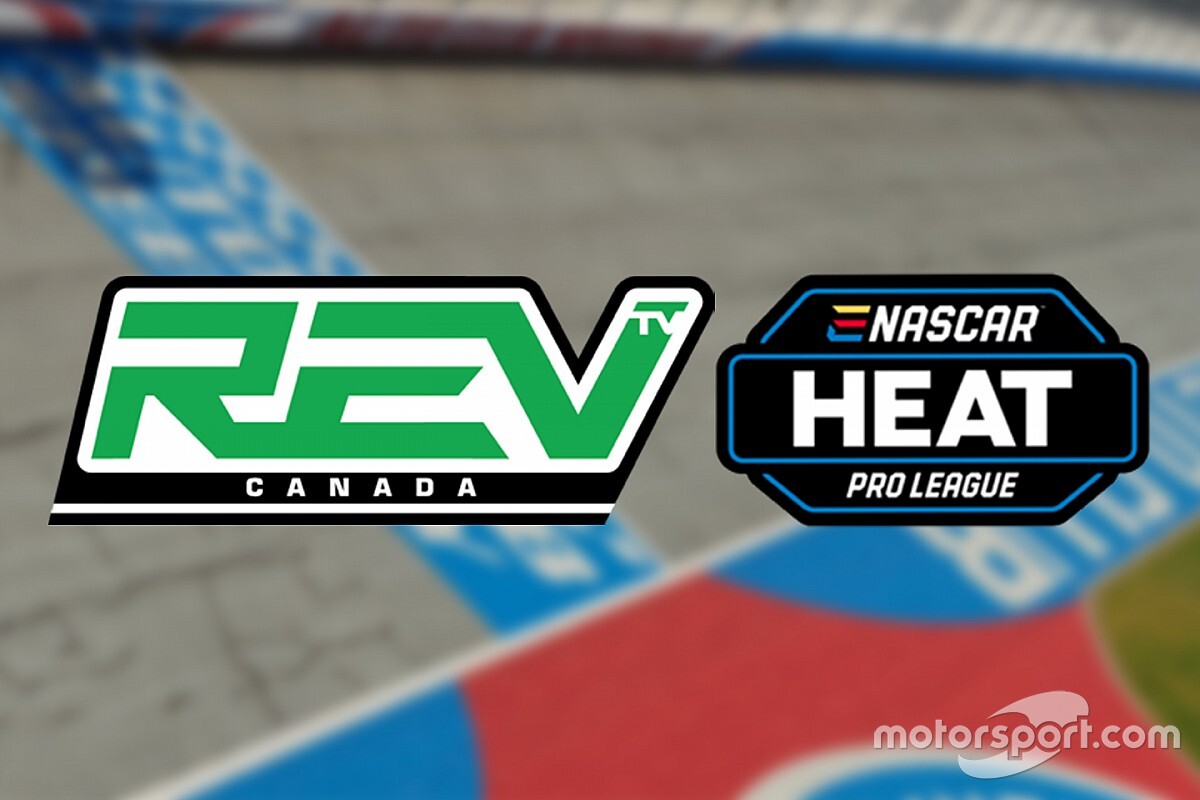 “With success, REV TV Canada has aired Road to Indy, Mazda MX5 Cup, the Virtual 24 hours of Le Mans and the Virtual 2020 Race of Champions and the eNASCAR Heat Pro League is a welcome addition to our commitment to bring new racing content to our loyal viewers during this unique time” said Mike Garrow President of REV TV Canada. “It has been an honour to once again work with Motorsport Games who have been at the forefront in delivering innovative and compelling content.”

With a twelve (12) race season, along with the wild card race and the Championship finals, and $200,000 in prize money on the line, fans will see some of the very best pro-gamers representing prominent NASCAR race teams, including Hendrick Motorsports GC, Team Penske eSports, and Gibbs Gaming, to name just a few in the 2020 Season. Dmitry Kozko, CEO, Motorsport Games, said: “The eNASCAR Heat Pro League continues to gain momentum and grow its audience with an increasing number of fans tuning in to watch some incredible racing. This new agreement with REV TV will enable the league to reach an even wider audience and speaks to the quality of the show the Motorsport Games provides on NASCAR Heat. We look forward to an exciting close to the season.”

About REV TV Canada: Available to 5.2 million households across Canada, REV TV Canada is a 24/7 motorsports network featuring over 40 live races from around the world and right here at home. From two wheels to four, REV TV features fast-paced dirt and track racing, up-to-date news coverage, prominent interviews with talent and industry insiders, how-to and behind the-scene programs and so much more! REV TV is Canada’s Own Motorsports Network.

Motorsport Games, part of the Motorsport Network, is dedicated to virtual racing. Our mission is to combine video game development with esports to deliver exciting, innovative experiences people will play, watch and engage with. We develop and publish console, PC and mobile video games, including the NASCAR Heat franchise, Officially Licensed by NASCAR. Motorsport Games is the esports partner of choice for many of the world’s leading motorsport rights holders, including NASCAR, Formula E, Le Mans and the FIA World Rallycross Championship and others.