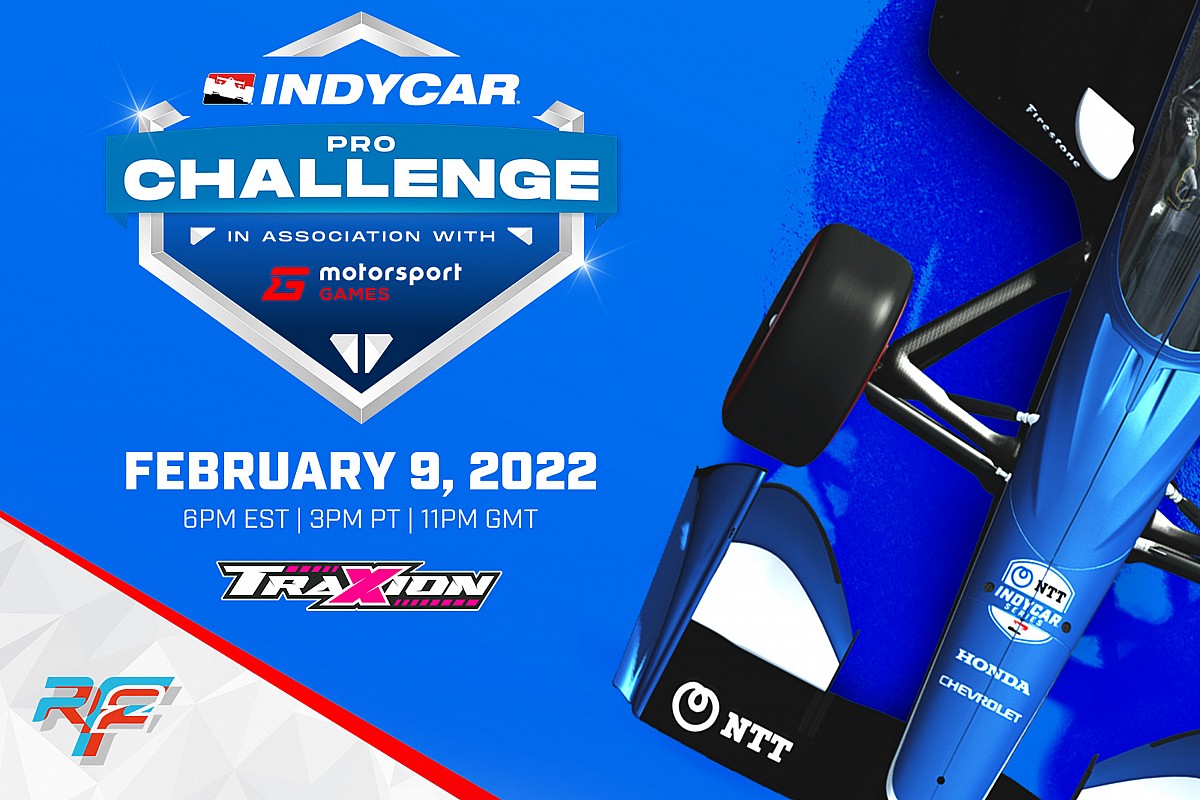 This marks the video game company’s first virtual esports event with the NTT INDYCAR SERIES after entering into an exclusive partnership in July 2021.

Fans can tune in to watch the full program, starting with the pre-show at 6 p.m. EST. The green flag for both heats and the race will drop at 6:30 p.m. EST, with the race conclusion and interviews to take place thereafter at approximately 7:15 p.m.

“The 2022 INDYCAR-Motorsport Games Pro Challenge is our first foray into the world of esports with our new INDYCAR partners and we couldn’t be more excited to bring this competition to the fans,” said George Holmquist, Vice President of Marketing and Publishing at Motorsport Games. “Viewers can expect the same world-class experience as our other esports events, such as the highly renowned Le Mans Virtual Series, to be carried over into this new series. We are excited to continue producing live esports events with INDYCAR in the future, all leading up to our first INDYCAR game title expected to launch in 2023.”

“INDYCAR fans are a passionate, global audience hungry for quality motorsports gaming content,” said SJ Luedtke, Vice President of Marketing at INDYCAR. “With our partners at Motorsport Games, we are now able to bring those same fans a premier virtual esports experience, while also cultivating a new base of INDYCAR supporters and followers. We cannot wait for everyone to see the first-ever INDYCAR-Motorsport Games Pro Challenge this year and we are thrilled to keep producing these events in the many years to follow.”

The full roster of participating drivers and tracks will be announced prior to the final race. The format for each heat and the race will be as follows:

In addition to the Pro Challenge, rFactor 2 players will be able to participate in official INDYCAR events through the game's competition system, which has recently undergone a user interface overhaul for 2022. The new UI provides an easy-to-navigate interface that contains all of the options available to players to create an even more robust and authentic driving experience. Players can view a full breakdown of the added videos on Studio397’s website, linked here.

In July of 2021, Motorsport Games and INDYCAR entered into an exclusive partnership to create and distribute INDYCAR video games, with the first game expected to be released in 2023. Together, the companies will create a brand new gaming franchise that has been eagerly anticipated by racing and gaming fans alike. After nearly two decades without a gaming title, the premier North American open-wheel racing series will be back in people’s homes to play at any time.

Motorsport Games, a Motorsport Network company, combines innovative and engaging video games with exciting esports competitions and content for racing fans and gamers around the globe. The Company is the officially licensed video game developer and publisher for iconic motorsport racing series across PC, PlayStation, Xbox, Nintendo Switch, and mobile, including NASCAR, INDYCAR, 24 Hours of Le Mans, and the British Touring Car Championship (“BTCC”). Motorsport Games is an award-winning esports partner of choice for 24 Hours of Le Mans, Formula E, BTCC, the FIA World Rallycross Championship, and the eNASCAR Heat Pro League, among others.