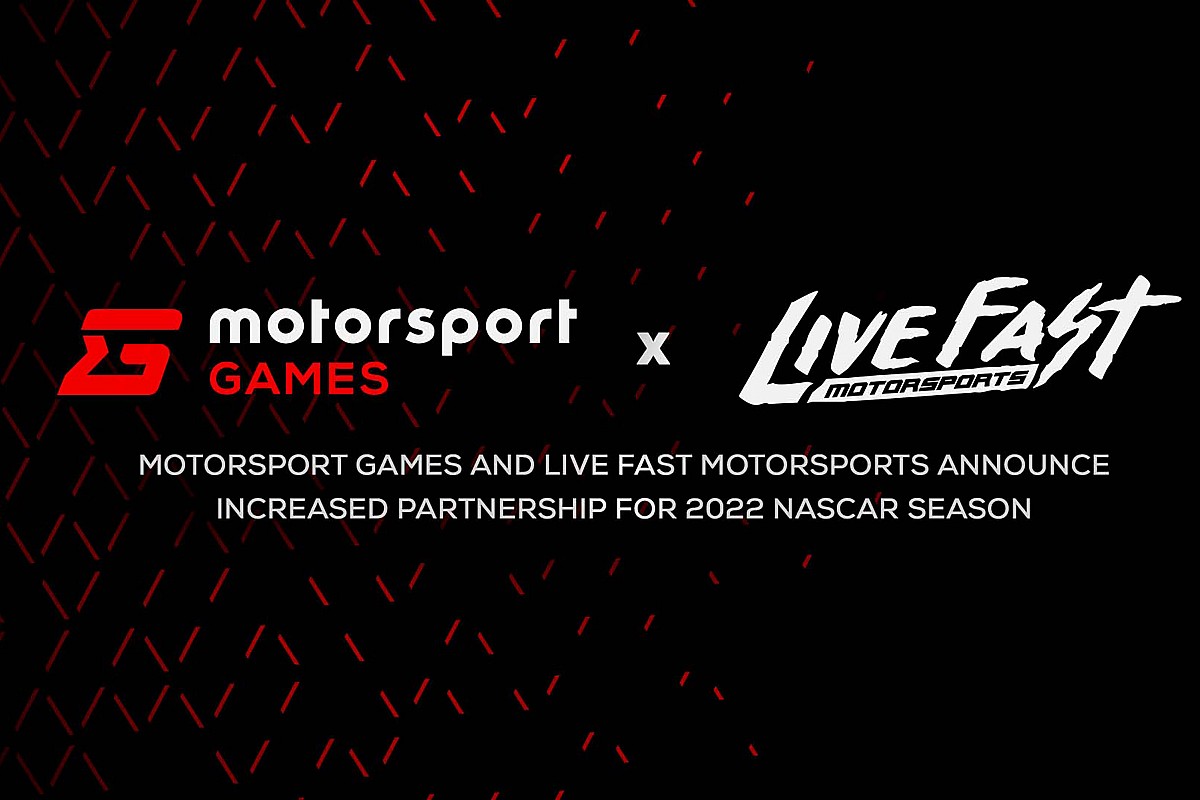 Motorsport Games will gain unprecedented access to the NASCAR team assisting in the development of its gaming franchise through a technical partnership.

The technical partnership will expand Motorsport Games’ access to the real-life NASCAR grid throughout the 2022 racing season, including tracks, nuances, and feedback of professional stock car driving and key data at the team’s disposal. Motorsport Games already has strong access to NASCAR through its work with the series, but this partnership will serve to increase its ability to communicate with a team on a more intimate level. Throughout the agreement’s term, Motorsport Games will be present within the Live Fast Motorsports garage, opening up lines of communication previously unavailable between racing team personnel and Motorsport Games. Motorsport Games will additionally gain real-time experience and feedback that it plans to implement directly into its NASCAR video game franchise, including the ability to make real-time updates into its NASCAR 21: Ignition and future titles, and that overall is designed to provide racing enthusiasts with the most realistic and authentic driving experience on the market.

“Motorsport Games cannot have asked for a better strategic partner than Live Fast Motorsports and we look forward to continuing our collaboration into the next NASCAR season,” said George Holmquist, VP of Publishing and Marketing, Motorsport Games. ”BJ, Matt, and the entire Live Fast Motorsports team have been fantastic partners and we cannot thank them enough for the unparalleled level of access they are giving our company. We will be taking our real-time on track findings directly from the team on the NASCAR grid into our game designs, further exemplifying our commitment to providing our players with the most dynamic and true to life gaming experience imaginable.”

“Throughout the past year, Motorsport Games has been an amazing partner to the No. 78 car and we’re excited to keep the momentum going by representing the company in seven of the biggest races next season,” said BJ McLeod, driver, and co-owner, Live Fast Motorsports. ”I’ve always been a personal fan of video games, especially those involving my favorite sport. It’s exciting to have this opportunity to provide feedback throughout the season to help create the best NASCAR game possible. I can’t wait to get started this season with Motorsport Games at Daytona all the way through Martinsville.”

“We’re thrilled to welcome Motorsport Games back as our partner for the second year. Last year, they became our founding partner and we had a terrific season together,” added Matt Tifft, co-owner of Live Fast Motorsports. “Motorsport Games has given us the ability to better connect with our younger fans on a more intimate level through its video games. This year, we look forward to keeping the engagement rolling with our expanded partnership. Our entire Live Fast Motorsports family welcomes back Motorsport Games, as they are truly one of our own.”

NASCAR 21: Ignition, the current iteration of Motorsport Games’ NASCAR franchise for the 2021 NASCAR Cup Series, is available now on Sony PlayStation 4, Microsoft Xbox One, and PC through the Steam store. NASCAR 21: Ignition is developed and published by Motorsport Games and is powered by Unreal Engine and Studio 397’s highly-acclaimed rFactor physics engine. The use of both Unreal Engine and rFactor physics gives users a more authentic driving experience, immersive gameplay, dynamic AI, and stunning visuals.

Motorsport Games, a Motorsport Network company, combines innovative and engaging video games with exciting esports competitions and content for racing fans and gamers around the globe. The Company is the officially licensed video game developer and publisher for iconic motorsport racing series, including NASCAR, INDYCAR, 24 Hours of Le Mans, and the British Touring Car Championship (“BTCC”), across PC, PlayStation, Xbox, Nintendo Switch, and mobile. Motorsport Games is an award-winning esports partner of choice for 24 Hours of Le Mans, Formula E, BTCC, the FIA World Rallycross Championship, and the eNASCAR Heat Pro League, among others. For more information about Motorsport Games, visit www.motorsportgames.com.