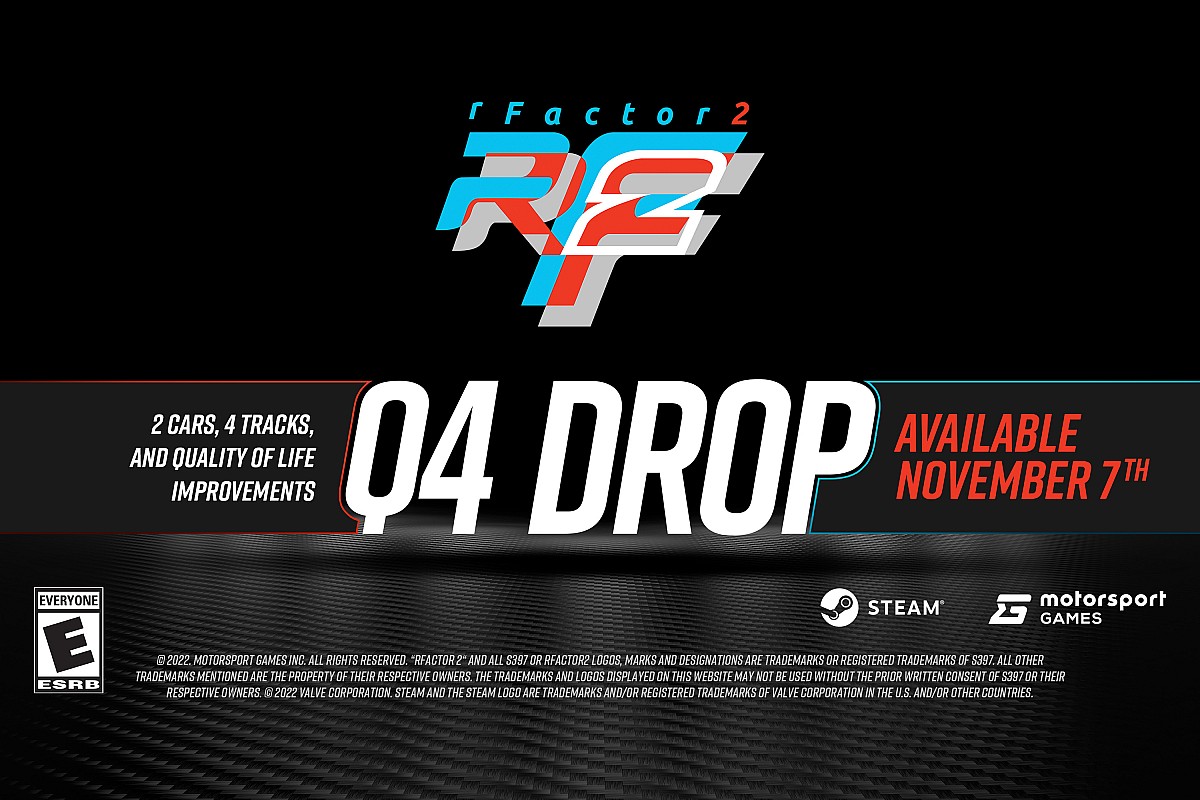 The update brings new cars and tracks to the platform, marking the first-time circuits that have been laser-scanned into a commercial sim racing product.

This quarter’s content update contains new cars for users to experience behind the wheel. Following the partnership between the British Touring Car Championship (BTCC), Motorsport Games, and Studio 397, a fifth real-world car will be part of the roster – the BMW 330i M Sport NGTC BTCC (trailer here). The rear-wheel drive car - developed by West Surrey Racing - marks the manufacturer’s official entry into the BTCC. Further, the Vanwall Vandervell LMH (trailer here) will be added, built to Le Mans Hypercar specifications, and created with data derived from the real car and the same engineering team.

New tracks will be added to the platform as well, all of which marks the first time any of them have been laser (LIDAR) scanned into a commercially available product. British circuits Thruxton (Hampshire) and Croft (North Yorkshire) have been laser-scanned into rFactor 2 alongside the ExCeL London Circuit, featuring an innovative indoor/outdoor layout. Adding to the British circuits, the Bahrain International Circuit will make its debut in rFactor 2 and will feature a full day/night cycle and four distinct track layouts. More information about each track can be found here:

“As rFactor 2 continues to expand and define what top simulation platforms should look like, we are excited for our fans to get behind the wheel and race with new cars and on new tracks with this update,” said Zach Griffin, Director of Technology at Motorsport Games. “Through our partnership with the BTCC and by being the official esports partner of Formula E, as well as rFactor 2 being the official simulation platform of Formula E, we are able to bring to life the elements of real-world racing into the simulation and provide an authentic experience for all. The new laser-scanned tracks, the first time they have been implemented into a product to this scale, also marks a new chapter for sim racing, and we are proud to be at the forefront of this innovation.”

Several quality-of-life updates to rFactor 2 will be launching today as well, including:

The new content and changes follow the addition of a native in-game store, which removed the need to exit the platform, showcasing bundle offers and previously purchased content which was implemented in October 2022.

Fans have already gotten a taste of the latest BTCC content to be added at the four race activations this year (Snetterton, Thruxton, Silverstone National, and Brands Hatch GP). The latest car and track additions to rFactor 2 bring the totals to six layouts and five car types, respectively, from the BTCC represented in the simulation, including the two Brands Hatch layouts.

The pricing breakdown for the newly released content is as follows:

Motorsport Games, a Motorsport Network company, is a leading racing game developer, publisher and esports ecosystem provider of official motorsport racing series throughout the world. Combining innovative and engaging video games with exciting esports competitions and content for racing fans and gamers, Motorsport Games strives to make the joy of racing accessible to everyone. The Company is the officially licensed video game developer and publisher for iconic motorsport racing series across PC, PlayStation, Xbox, Nintendo Switch and mobile, including NASCAR, INDYCAR, 24 Hours of Le Mans and the British Touring Car Championship (“BTCC”), as well as the industry leading rFactor 2 and KartKraft simulations. rFactor 2 also serves as the official sim racing platform of Formula E, while also powering F1 Arcade through a partnership with Kindred Concepts. Motorsport Games is an award-winning esports partner of choice for 24 Hours of Le Mans, Formula E, BTCC, the FIA World Rallycross Championship and the eNASCAR Heat Pro League, among others. Motorsport Games is building a virtual racing ecosystem where each product drives excitement, every esports event is an adventure and every story inspires.

Investors and others should note that we announce material financial information to our investors using our investor relations website (ir.motorsportgames.com), SEC filings, press releases, public conference calls and webcasts. We use these channels, as well as social media and blogs, to communicate with our investors and the public about our company and our products. It is possible that the information we post on our websites, social media and blogs could be deemed to be material information. Therefore, we encourage investors, the media and others interested in our company to review the information we post on the websites, social media channels and blogs, including the following (which list we will update from time to time on our investor relations website):