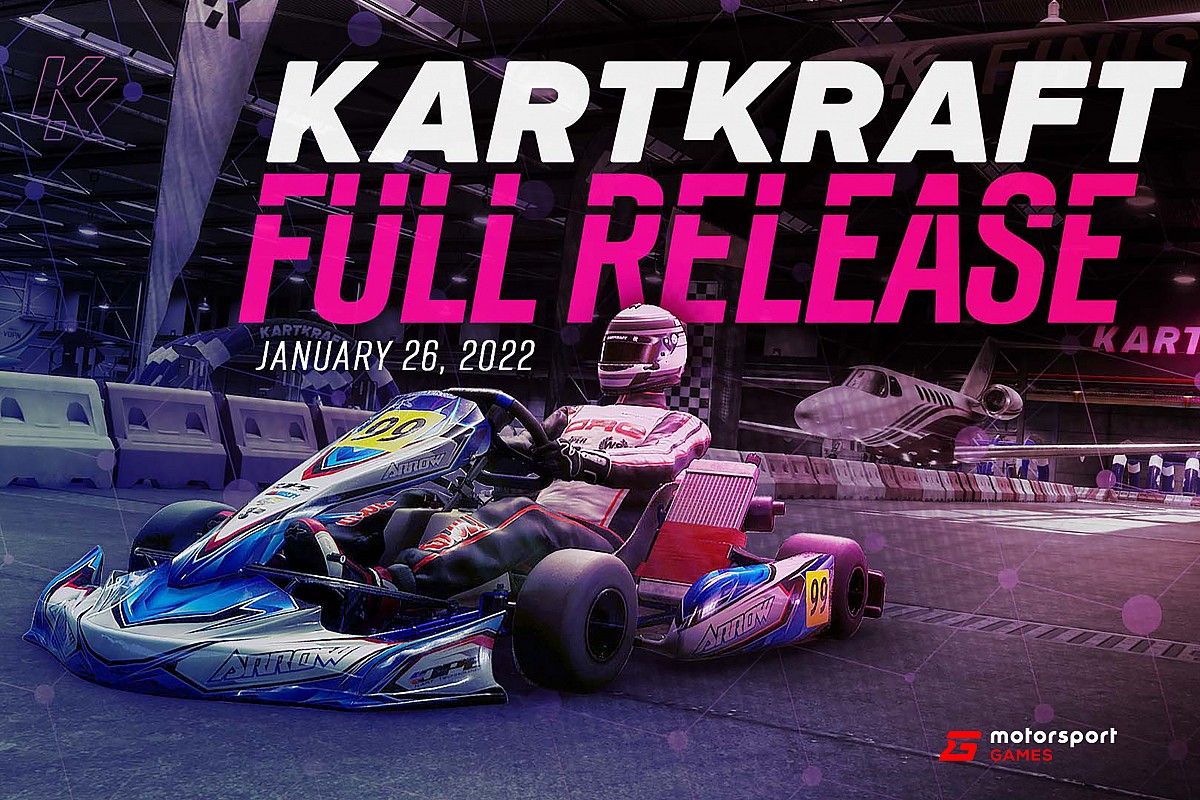 MIAMI, FL - January 26, 2022 - Motorsport Games Inc. (NASDAQ: MSGM) (“Motorsport Games”), a leading racing game developer, publisher, and esports ecosystem provider of official motorsport racing series throughout the world, announces today the official launch of KartKraft, available to play on PC through the Steam store. Previously in ‘Early Access’ mode since November of 2018, this marks the full release of the leading kart racing simulator, bringing a bevy of new features for fans to enjoy. The trailer can be viewed here.

KartKraft is developed and published by Motorsport Games, having acquired the game IP, assets, and code from original developer Black Delta in March of 2021. Key members from Black Delta, including Founder Zach Griffin, joined Motorsport Games to form its new Australia-based studio, which has continued to work on KartKraft. Since last year’s acquisition, Motorsport Games Australia has carried on developing the game to get it ready for its full launch.

“The Motorsport Games team is excited to finally launch KartKraft in full, bringing more top-tier features than ever to the most highly-acclaimed karting simulator on the market,” said Dmitry Kozko, CEO of Motorsport Games. “Acquiring KartKraft last year signaled our aggressive plans for growth and expansion as a leading developer of racing games, and our amazing team in Australia has delivered a stunning title for fans across the world. We look forward to hearing from our players about KartKraft and will continue to build upon this release as we’ll keep evolving the game in future.”

The full release of KartKraft for PC introduces a number of fresh additions to improve the overall gaming experience. Players can now participate in scheduled multiplayer sessions with a bespoke matchmaking system, something previously unavailable in the Early Access version. Additionally, the full version of KartKraft allows players to customize their own karts with 8 officially licensed manufacturers and 5 different classes. Players can also race on 7 officially licensed, laser-scanned circuits, including the newly added Whilton Mill circuit. Additionally, KartKraft supports virtual reality and triple screenplay, as well as full-motion support.

“Since joining the Motorsport Games team last year, we’ve been provided with more resources and tools than ever before to make KartKraft the remarkable game that it is today,” said Zach Griffin, Director of Technology at Motorsport Games. “With our full launch out of Early Access, we couldn’t be more pleased to finally bring a list of features that have been asked for by our community for some time, including online multiplayer, user interface updates, and more tracks. More importantly, this does not signal the end of KartKraft’s development, but the start of the next chapter. I’m confident that players will love this game just as much as we have enjoyed making it.”

KartKraft is available to play today on Steam for PC. It can be purchased for $39.99. The game developers will continue to work on and improve KartKraft after initial release continuously iterating upon the foundation in place.

Motorsport Games, a Motorsport Network company, combines innovative and engaging video games with exciting esports competitions and content for racing fans and gamers around the globe. The Company is the officially licensed video game developer and publisher for iconic motorsport racing series, including NASCAR, INDYCAR, 24 Hours of Le Mans, and the British Touring Car Championship (“BTCC”), across PC, PlayStation, Xbox, Nintendo Switch, and mobile. Motorsport Games is an award-winning esports partner of choice for 24 Hours of Le Mans, Formula E, BTCC, the FIA World Rallycross Championship, and the eNASCAR Heat Pro League, among others. For more information about Motorsport Games, visit www.motorsportgames.com.