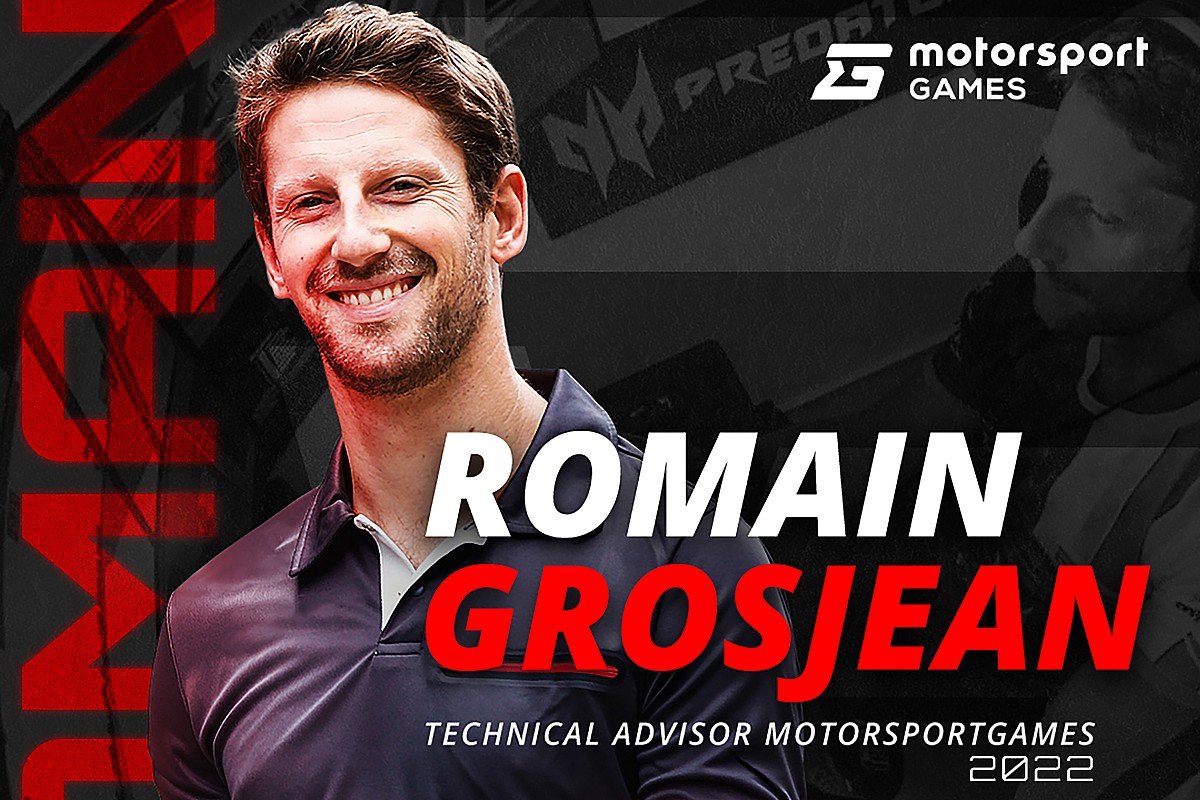 In his role as a technical esports advisor for Motorsport Games, Grosjean will bring all of his racing experience together - both real-life and sim - to help develop the company’s industry-leading rFactor 2 racing simulation. Throughout the year, Grosjean will participate in four technical test sessions for rFactor 2, allowing him to provide feedback and recommendations to implement to further enhance the platform. In addition to his help of iterating rFactor 2, Grosjean will also be available to advise on Motorsport Games’ catalog of esports events, such as the hugely successful Le Mans Virtual Series and the brand new INDYCAR-Motorsport Games Pro Challenge. His deep knowledge of both will prove key in further expanding each offering, as Grosjean has participated in both real-life competitions during his career.

“The link between real-life racing and sim racing continues to get closer and it has become an increasingly important tool for companies, teams, and championships throughout motorsport,” said Romain Grosjean. “I’m very happy to be taking on the role of technical advisor for Motorsport Games and can’t wait to help provide feedback on rFactor 2, a simulation that I frequently use. The company has shown through its esports events such as the Le Mans Virtual Series and the recent INDYCAR-Motorsport Games Pro Challenge that it is perfectly placed to provide top esports through its products and events.”

“While Romain’s experience and skill in real-world motorsport is very well known across the world, he has also shown in recent years that he has an in-depth knowledge and experience of esports and sim racing,” said Gérard Neveu, Motorsport Advisor for Motorsport Games. Therefore, he is a perfect fit for this new role as technical advisor to Motorsport Games and his vast experience will help us immensely as we develop rFactor 2 and further expand our esports events. As he was recently voted the most popular driver on the entire INDYCAR grid through a Global INDYCAR Fan Survey conducted by Motorsport Games’ parent company, Motorsport Network, in conjunction with Nielsen and INDYCAR, we know our players will be thrilled to see Romain more closely involved with the development of both our simulation platform and events. With Romain, we will be able to take our Le Mans and INDYCAR esports events to the next level.”

Motorsport Games, a Motorsport Network company, is a leading racing game developer, publisher, and esports ecosystem provider of official motorsport racing series throughout the world. Combining innovative and engaging video games with exciting esports competitions and content for racing fans and gamers, Motorsport Games strives to make the joy of racing accessible to everyone. The Company is the officially licensed video game developer and publisher for iconic motorsport racing series across PC, PlayStation, Xbox, Nintendo Switch, and mobile, including NASCAR, INDYCAR, 24 Hours of Le Mans, rFactor 2, KartKraft, and the British Touring Car Championship (“BTCC”). Motorsport Games is an award-winning esports partner of choice for 24 Hours of Le Mans, Formula E, BTCC, the FIA World Rallycross Championship, and the eNASCAR Heat Pro League, among others. Motorsport Games is building a virtual racing ecosystem where each product drives excitement, every esports event is an adventure and every story inspires.