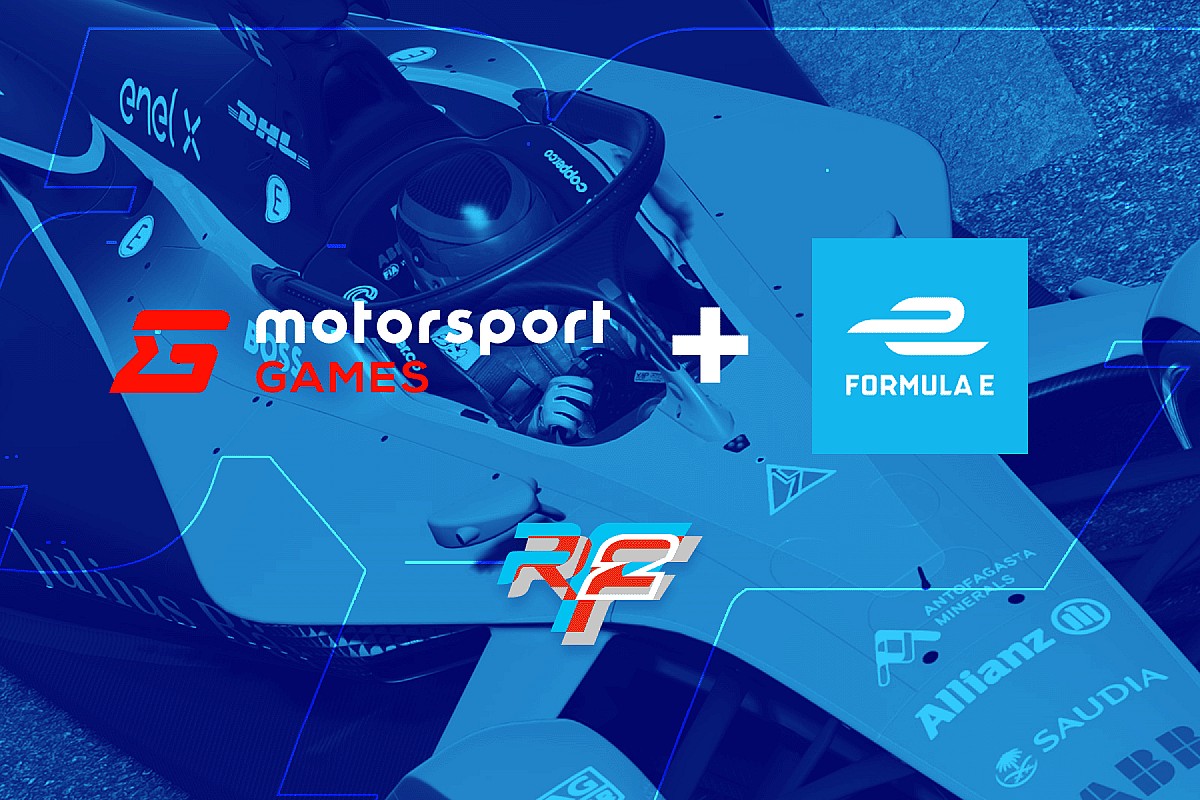 Continuation of the company’s multiyear agreement will see the series implemented within the racing simulation, as well as the creation of esports events and activations for fans.

Motorsport Games will implement Formula E, including its drivers and teams, into rFactor 2, the premier racing simulation platform available today. All drivers and teams will be updated to reflect Season 8 of the ABB FIA Formula E World Championship that is currently underway. Once implemented, rFactor 2 will feature every season of Formula E since 2018 and provide the availability to race on many high-fidelity circuits within the series. The Formula E content pack will be available to purchase for all users of rFactor 2.

“Formula E is one of the fastest-growing motorsports series and we couldn’t be more excited and honored to bring it to life fully within rFactor 2,” said Dmitry Kozko, CEO of Motorsport Games. “rFactor 2 continues to be the best-in-class simulation platform in the marketplace. This addition to its robust offering of motorsport series will greatly enhance the experience and offerings available to our players. With our expertise in creating authentic racing simulations and remarkable esports events coupled with Formula E’s surging popularity, we know that our partnership will reach every goal in place between our teams.”

In addition to adding the Formula E series to rFactor 2, Formula E will launch its Accelerate esports series which will be powered by rFactor 2’s in-game competitions platform. Additionally, rFactor 2 will power the Formula E Gaming Arena at future races and events allowing players to experience the thrill of the ABB FIA Formula E World Championship in venues all around the world, including Rome, Berlin, and New York City.  “Formula E is all about accelerating change, for this reason, we want to give more accessibility to our sport and push the boundaries of what is possible both on and off the track,” said Kieran Holmes-Darby, Gaming Director at Formula E.

The partnership between the two brands further builds upon the foundation that was previously set when Motorsport Games conducted the ABB Formula E Race at Home Challenge esports event for the FIA. The series of esports events, which served as a temporary replacement for the suspended 2019–20 ABB Formula E Championship season due to the COVID-19 pandemic, created a fantastic viewing experience for new and existing fans of the sport.

The Formula E update to rFactor 2 will be live starting today for all players. For full details on the update, please visit www.studio-397.com.

Motorsport Games, a Motorsport Network company, is a leading racing game developer, publisher, and esports ecosystem provider of official motorsport racing series throughout the world. Combining innovative and engaging video games with exciting esports competitions and content for racing fans and gamers, Motorsport Games strives to make the joy of racing accessible to everyone. The Company is the officially licensed video game developer and publisher for iconic motorsport racing series across PC, PlayStation, Xbox, Nintendo Switch, and mobile, including NASCAR, INDYCAR, 24 Hours of Le Mans, rFactor 2, KartKraft, and the British Touring Car Championship (“BTCC”). Motorsport Games is an award-winning esports partner of choice for 24 Hours of Le Mans, Formula E, BTCC, the FIA World Rallycross Championship, and the eNASCAR Heat Pro League, among others. Motorsport Games is building a virtual racing ecosystem where each product drives excitement, every esports event is an adventure and every story inspires.

As the world’s first all-electric FIA World Championship and the only sport certified net-zero carbon since inception, the ABB FIA Formula E World Championship brings dramatic racing to the heart of some of the world’s most iconic cities providing an elite motorsport platform for the world’s leading automotive manufacturers to accelerate electric vehicle innovation.

The Formula E network of teams, manufacturers, partners, broadcasters, and host cities are united by a passion for the sport and a belief in its potential to accelerate sustainable human progress and create a better future for people and the planet.