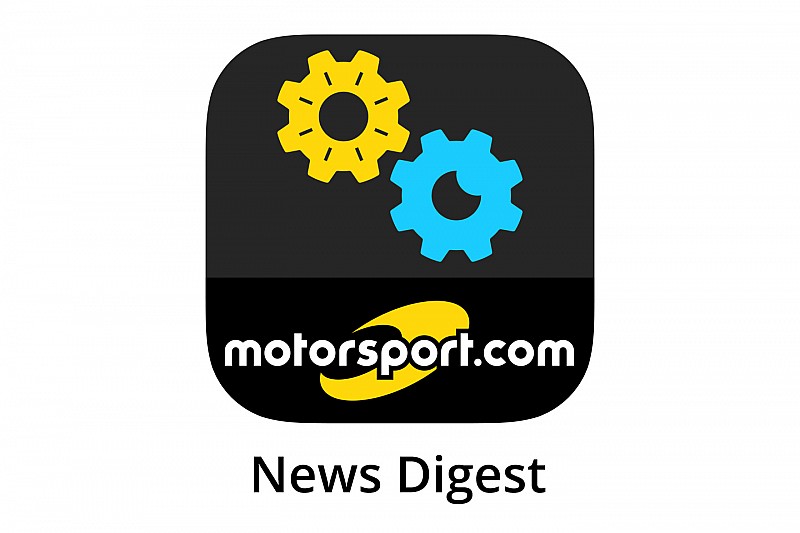 Motorsport.com is a technologically advanced international network of online auto racing content with operations in 15 countries.

Today, Motorsport.com announced the expansion of its media brand with the launch of an all-new mobile publishing platform for iPhone users – Motorsport.com News Digest.

“This brand new Motorsport.com News Digest iOS app is part of our larger focus on innovation and technology and recognizes the important role that mobile and social media play in our expanding motorsports digital platform,” said Eric Gilbert, vice president of operations, Motorsport.com.

“Our Motorsport.com web platform being responsive and adapting perfectly to any device, it was important for us to develop an app that goes beyond the standard mobile content browsing,” added Gilbert. “We wanted something with features that are unique and can only be found in an application, such as custom notifications.

“The Motorsport.com News Digest is all this and more: it packages and pushes news twice daily, in the morning and in the afternoon. We target the audience that has a busy lifestyle and does not necessarily have time to browse Motorsport.com online every day or hour, but yet wants its daily dose of racing news.

“This app is the first one of many that will be released in 2016, each of them focusing on a specific experience and with their own features,” he added.

The Motorsport.com News Digest offers two daily news roundups delivered in the morning and evening. The need-to-know, quick form news service from its world-class editors and writers will package up the top editorial content from Formula One, NASCAR, Moto GP, IndyCar, World Endurance Championship, IMSA and all other major forms of motor sports.

The mobile app can be downloaded via the iOS Apple Store (https://itunes.apple.com) and is compatible with iPhone, iPad and iPod touch systems, iOS 9.0 or later. It will be available for Android on Google Play in January 2016.