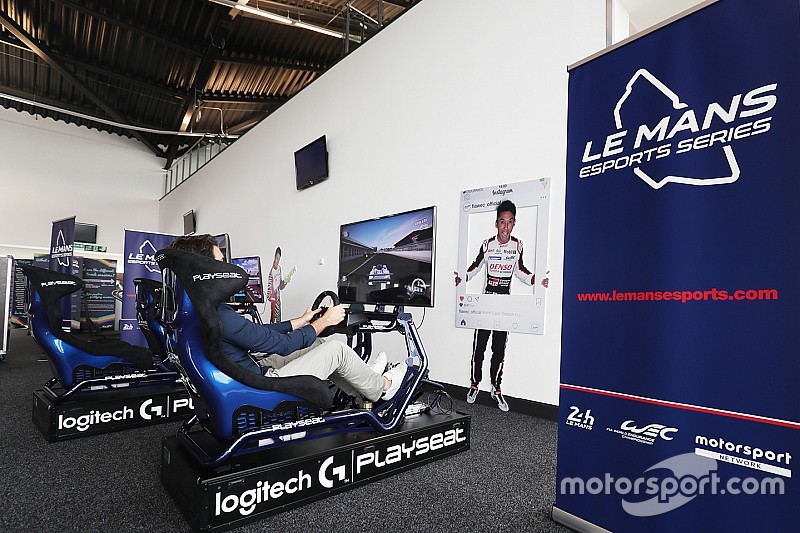 Silverstone, UK - 18 August 2018: Registration for the Le Mans Esports Series (LMES), a joint initiative by Motorsport Network and the Automobile Club l’Ouest (ACO), has officially opened following this afternoon's LMES press conference. Winners of the ground-breaking esports series will have a chance to secure a spot on the 2019 Le Mans 24hrs podium and a share of the $100,000 prize pot.

In order to have a chance at appearing alongside the real-life winners on one of the most iconic podiums in motor racing, players can either enter individually or form a three-driver team and race their way through the qualifying rounds and into the live Super Final, which takes place ahead of the big race at Le Mans in June 2019.

Pierre Fillon, President of the Automobile Club de l’Ouest, said:“The 2019 Le Mans 24 Hours will be outstanding! Not only will our race be the culmination of the FIA World Endurance Championship Super Season, we will also be hosting the Super Final of the Le Mans Esports Series, which starts today at Silverstone.

“As 60 teams take part in the 87th edition of the world’s greatest endurance race, the twelve best simracer outfits will be competing in the Super Final of the Le Mans Esports Series. Just like their counterparts out on track, the competitors will take turns at the wheel throughout the 24-hour race.  I’m looking forward to playing host to this exciting new way of racing.”

James Allen, President, Motorsport Network Europe, said: “Today is a really significant moment in the journey towards a new and unique esports series and I cannot wait to see the line ups and the intense racing at the Super Final in Le Mans next June. This is an inclusive racing series and we’re excited by the response so far.“

Gérard Neveu, the CEO of FIA WEC, said: “We’ve long recognised the allure of esports, today is all about transforming the desire to meet that need into action. I’m very excited that the WEC Super Season and Motorsport Network are the backdrop to The Le Mans Esports Series becoming a reality today.”

Stephen Hood, the Head of esports at Motorsport Network, said: “We anticipate that competitors looking for an edge will look to the feature of team-based endurance racing, unique to the Le Mans Esports Series and esports in general, and utilise a team manager and strategy director. This provides new ways to access esports without ever having to become an elite driver, allowing all to engage and have fun competing in events such as our Le Mans Esports Series.

“At the heart of the Le Mans Esports Series is The 24 Hours of Le Mans, which has allowed us to creatively and strategically bring new ideas to esports - by accessing the reach of Motorsport Network we expect to take not just esports enthusiasts, but motorsport fans, as well, on an exciting journey to the Super Final at Le Mans in June 2019.”

There will also be an additional ONLINE event in the run-up to the Le Mans Super Final – this will not be a qualifying round, but a chance for everyone to test their mettle against this iconic race circuit.

Full details of the qualification process and registration for both professional sim racers and amateurs to compete in the opening season using Forza Motorsport 7 on the Xbox platform can be found here.