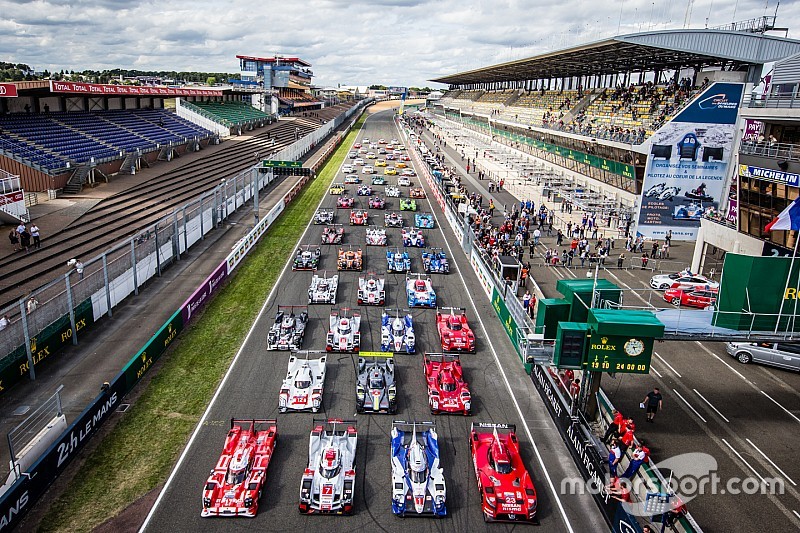 Motorsport.com, a Miami-based technology and multi-media company with offices in 15 countries, today announced its digital platform will become the exclusive live-streaming host for the 84th Le Mans 24 Hours and FIA World Endurance Championship...

In partnership with France’s Automobile Club de l’Ouest (ACO), the live-streaming event is scheduled for Feb. 5 at 14:30 p.m. local time in Paris and can be viewed on Motorsport.com.

Under the agreement, Motorsport.com will host – for the first time in the ACO’s history – the live streaming of the press conference announcing the definitive invitees for this year’s twice-around-the-clock endurance race on June 18 and 19 in Le Mans, France.

Included in the press conference will be the ACO’s announcement of competitors entered for the year in the World Endurance Championship (WEC) and in the European Le Mans Series (ELMS).

“Motorsport.com will be the best media source and most-viewed motorsports website in the world to see the announcement of the WEC 2016 entry list and the invitees for this year’s Le Mans 24 Hours,” said Gérard Neveu, CEO of the World Endurance Championship. “By breaking new ground and offering an exclusive partnership with Motorsport.com, we are able to leverage their global reach allowing our world-wide audience the best opportunity to receive the official news of the entries for the 2016 FIA WEC and the 24 Hours of Le Mans in June.”

By partnering with Motorsport.com, the ACO will reach the media outlet’s network of digital platforms, now available in 15 different regional editions in addition to the global version.

Quadruple amputee Frederic Sausset's SRT41 is the 'Garage 56' entry, but all remaining entries will be confirmed on Friday.

The live-streamed press conference will include the much-anticipated news of exactly how many Ford GTs will compete in the GT class for professional teams and drivers (LM GTE Pro) – marking the 50th anniversary of Ford’s famous overall victory over Ferrari with its iconic GT40.

“This collaboration with the illustrious ACO represents our continued commitment to delivering the most comprehensive auto racing coverage in the world,” said Charles Bradley, Editor in Chief, Motorsport.com. “Le Mans is certainly the most famous sportscar race in the world, and possesses a global reputation that is second to none in our sport.

“For Motorsport.com to be chosen as the live-streaming partner to the ACO’s announcement of the 2016 Le Mans 24 Hours entry list – itself one of the most anticipated moments of the motorsport year – is indeed an honor.”

About the FIA World Endurance Championship

The WEC is the most successful and fastest growing sportscar championship in the world, offering motor manufacturers a real-world relevance to advances in road car design and crossover technology, performance and safety. Strong, stable regulations allow for complex yet beautiful sports prototypes featuring the latest in hybrid technology, independent chassis and engines suppliers competing at the highest levels, and the world’s leading luxury car marques going head-to-head in the GT categories.  Over 30 cars are on track at the same time, leading to action, excitement, endless passing and entertainment for fans worldwide.

The WEC offers teams, drivers, partners and stakeholders a unique stage on which to compete, at premier race circuits around the world.  Ranked alongside the Olympics, the Super Bowl and the soccer World Cup, the cornerstone of the WEC remains one of the world’s greatest sporting events, the 24 Hours of Le Mans in June each year, and in 2016 the championship will also visit Mexico City for the first time as part of the 9-round calendar.

All races, except the 24 Hours of Le Mans, are 6-hours in duration and three rounds race into the night.