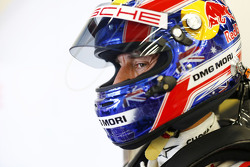 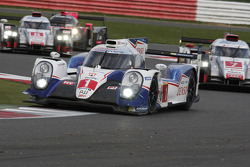 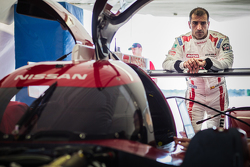 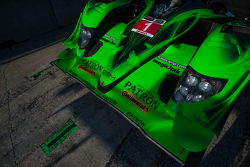 Catch up on the opening round at Silverstone, featuring Anthony Davidson, Mark Webber and all the race action as Audi battled Porsche and Toyota.

Click here to watch the first episode of a new eight-part series, bringing you the inside line on all you need to know from the opening round of the World Endurance Championship opener at Silverstone.

We speak to Toyota's reigning world champion Anthony Davidson about what it's like to have number one on his car at his home event, and also catch up with his new teammate Mike Conway on him joining the squad fulltime.

Next, we talk to ex-Formula 1 star Mark Webber about Porsche's challenge for honours with it's ultra-powerful 919 Hybrid, and then another ex-F1 racer, Marc Gene, who explains Nissan's delayed plans with its radical, front-engined GT-R LM.

Then it's on to former IndyCar star Scott Sharp, who tells us about Tequila Patron ESM's new attack as it crosses the Atlantic.

After the insight, we bring you the best of the race action as Audi, Porsche and Toyota battled it out in spectacular style for overall honours, and then run through the class winners too.

It's 10 minutes of sportscar heaven – don't miss it!