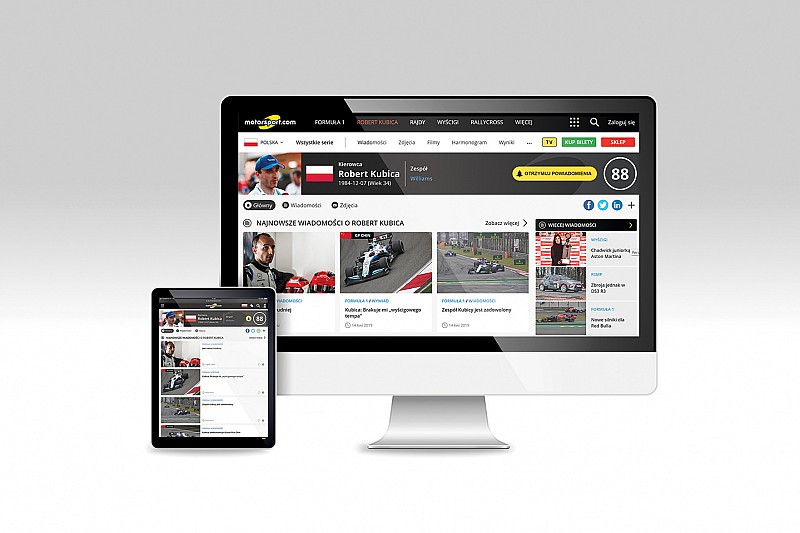 London, UK - May 10, 2019 – Motorsport Network, the integrated digital platform that is the destination for millions of cars and racing fans, today extended the global roll-out programme of Motorsport.com with the launch of its 16th language edition in Polish.

Motorsport.com’s fan-first strategy aims to fuel passion for motorsport by serving a rich array of class-leading content. With the remarkable rekindling of Robert Kubica’s Formula 1 career, a dedicated Polish language edition of Motorsport.com has taken priority in the rolling programme to extend the localised editions of its leading motorsport service.

Motorsport Network is now present in 81 markets and attracts 43m users per month. Motorsport.com is one of the destination websites in its extensive digital ecosystem that spans news, video, information & archive as well as live events & ticketing for motorsport and automotive. 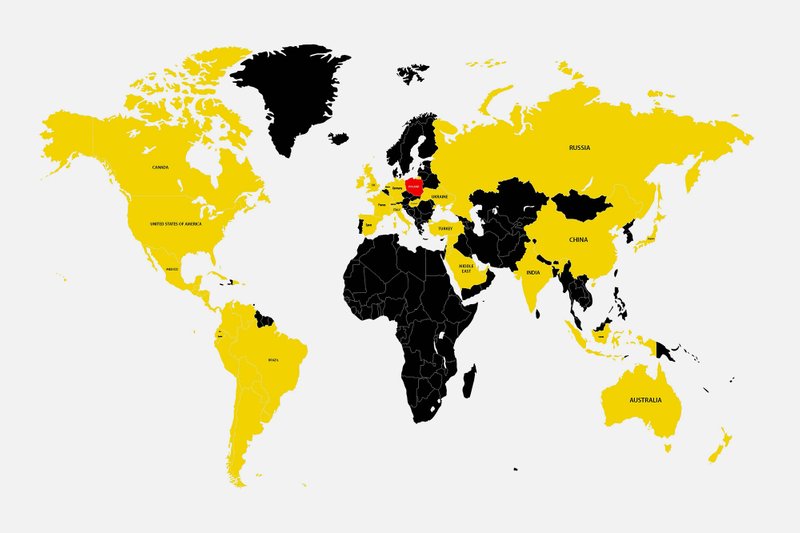 The new Polish edition brings an additional native audience to the Motorsport.com portfolio in a market with significant potential; 2018 new car registration growth in Poland outstripped that in Germany, the UK and France. Ecommerce adoption is also growing rapidly at around 23% YoY, exceeding neighbouring economies including Hungary, the Czech Republic and Slovakia.

16% of the population in Poland pay for online news content according to the Reuters Institute for Journalism, ranking it 7th among 35 European markets for propensity to pay for quality journalism. And while the market across media, technology and automotive has expanded strongly in the last five years, Poland also represents considerable latent potential to reach the average European penetration of smart phone usage and adoption of social media, presenting growth opportunities for Motorsport.com’s newest edition.

Poland’s motor racing affinities are dominated by support for Robert Kubica, the country’s pre-eminent race driver, but the country is a powerhouse in other motorsport disciplines including the FIM Speedway Grand Prix that boasts globally-renown two-wheeled talent including Tomasz Gollob, Bartosz Zmarzlik, Patryk Dudek and Maciej Janowski. The country is also home to Rally Poland and a legion of fans following off-road series such as WRC and events such as the Dakar, and notable female competitors such as Małgorzata "Gosia" Rdest who secured a top ten finish in the inaugural W Series race last weekend in Hockenheim.

The Polish edition will be edited by Ryszard Turski, a seasoned automotive and motorsport publisher who has previously edited the local market edition of Motorsport Network’s F1 Racing. He will be joined by Marcin Biernacki, the founder of one of Poland’s most popular motorsport websites, Autoklub.pl, which is providing the backbone of the new Motorsport.com Polish edition.

James Allen, Motorsport Network’s President of Global Operations said, “Poland is a very exciting market. It’s long had fans with incredible passion for all manner of motorsport, but it is also a territory of increasing commercial opportunity, so it makes complete sense strategically to add this language edition to our global portfolio.”

Ryszard Turski, Motorsport.com’s Poland Editor said, “Domestically we are witnessing another boom in interest in motor racing. To have Robert Kubica back on the international stage and contributing to our new site is one of many attributes of what is a great new service to fans in Poland – we are the gateway to the amazing array of content and services that Motorsport Network can offer Polish motorsport fans.”