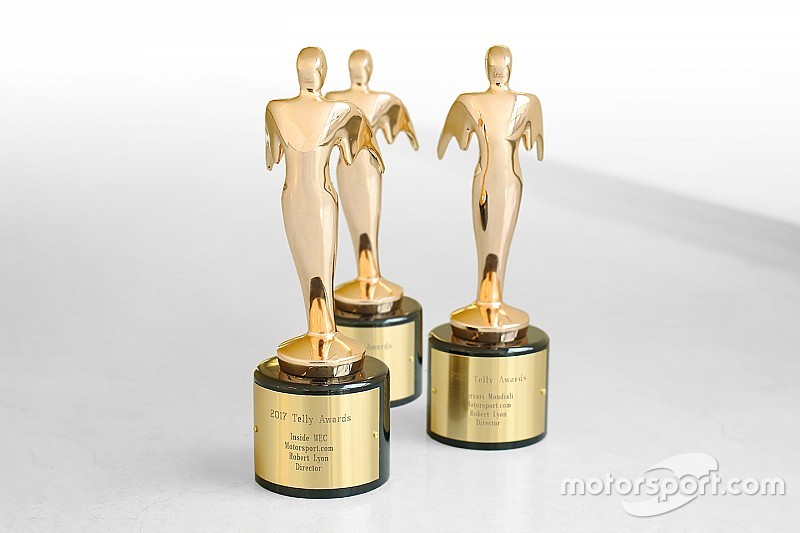 Telly Awards recognise Motorsport.com for second year in a row for “Inside WEC”, and additional awards for “Ferrari Finali Mondiali” and “Sidetracked with Derek D”.

May 16th, 2017, Miami, FL. – Motorsport.com’s digital production team has scored three major awards for its coverage of international motorsport for the second year in a row. 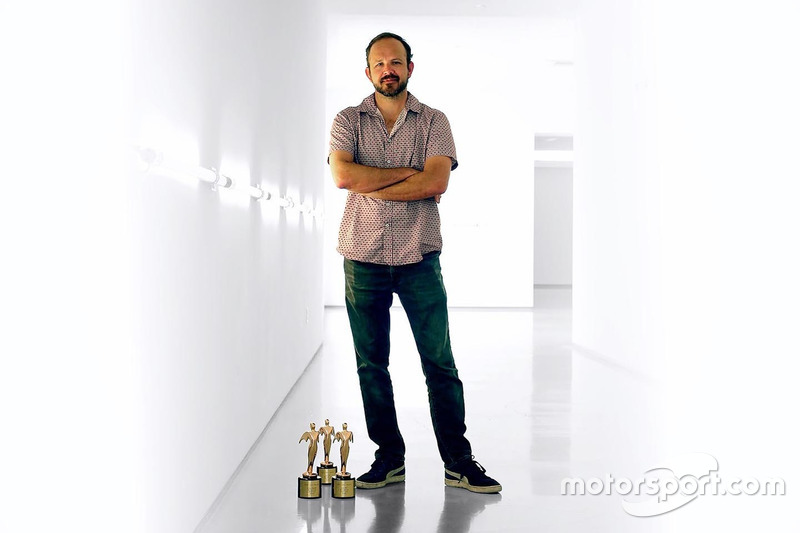 “Inside WEC” took viewers inside the world of the FIA World Endurance Championship (WEC) featuring post-race recaps, driver interviews and highlights for each 2016 WEC event.

“Sidetracked with Derek D” is a behind-the-scenes look into some of the world’s best motorsport events, showcasing what goes on and off the track. Host Derek D took Motorsport TV viewers to the Race of Champions in Miami and the 12 Hours of Sebring in 2017, earning a Bronze Telly Award in the General sports category.

The program aired on Motorsport.tv’s over the air channel in North America and England. “Sidetracked with Derek D” is produced by the Miami based production team of Director, Robert Lyon; Producer Nicholas Pineiro and Motorsport.com Editor-in-Chief, Charles Bradley.

“We are extremely proud to be recognized by the Silver Telly Council and the 500 accomplished industry professionals who judged the competition and awarded our creative work,” said Charles Bradley, Motorsport.com, Editor-In-Chief.

Motorsport.com scored Telly Awards last year for “Vitesse Extrême - Le Mans” - a behind-the-scenes look at Extreme Speed Motorsport’s assault on the 24 Hours of Le Mans, plus another for the inaugural season of “Inside WEC”.

Winners represent the best work of the most respected advertising agencies, production companies, television stations, cable operators, and corporate video departments in the world. The competition includes submissions from more than 13,000 entries.

A prestigious judging panel of more than 500 accomplished industry professionals, each a past winner of a Silver Telly and a member of The Silver Telly Council, judged the competition, upholding the historical standard of excellence that Telly represents.

“The Telly Awards has a mission to honor the very best in film and video,” said Linda Day, Executive Director of the Telly Awards.

“Motorsport.com’s accomplishment illustrates their creativity, skill, and dedication to their craft and serves as a testament to great film and video production.”

Motorsport.com and the entire Motorsport Network has undergone a period of dramatic growth in recent times with increased emphasis on video content production.

Produced at the Motorsport Network UK headquarters, Windsor and his team will create a wide range of video content including a new show “The Flying Lap with Peter Windsor”.