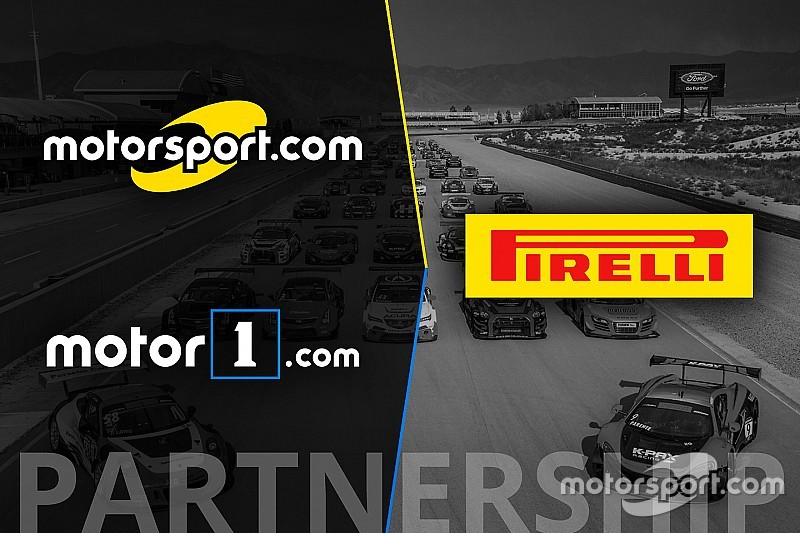 WC Vision, producers of the Pirelli World Challenge, today announced a new partnership with Motorsport Network as the Official Digital Media Partner with the series for a variety of marketing and promotional activities in the forthcoming season.

Motorsport Network is the owner of the global and multi-language motorsport and automotive platforms Motorsport.com and Motor1.com respectively. The two websites that operate in 17 languages around the world attract an audience of millions every month.

Pirelli World Challenge enters its 28th season as North America’s leading GT Production-based road racing series. The 2017 PWC campaign will include 11 weekends with five headline doubleheader events including the new GT SprintX races (two-driver, 60-minute races). Five of the Sprint weekends will be in conjunction with the Verizon IndyCar Series.

Motorsport.com is the definitive global auto racing website and as part of its partnership agreement with PWC, it will be developing a dedicated part of its platform to cover the series.

"We have been impressed with the breadth and scope of Motorsport.com and Motor1.com development,” said Jeff Lepper, WC Vision’s Marketing Manager.  “In recognition of that growth, we are delighted to appoint Motorsport Network as the series’ Official Digital Media Partner and look forward to working together across a range of initiatives.”

“As the largest digital media owner spanning motorsport and cars, we are proud to announce our new partnership with Pirelli World Challenge,” said Hector Scarano, Director of Business Development, North America for Motorsport.com.

“Our collaboration with Pirelli World Challenge further strengthens our commitment to bring class-leading content to the 22 national editions of Motorsport.com, while also working closely with the series to bring fans closer than ever to the series. In coming months, Pirelli World Challenge fans will have a front row seat to all the action that makes this series one of the most exciting in the world."