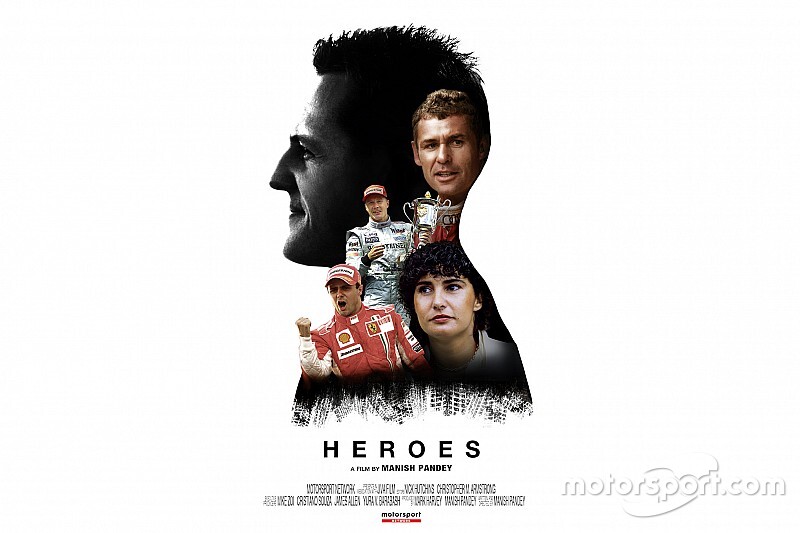 BAFTA and SUNDANCE-winning writer and producer Manish Pandey’s next epic to be available from 16 January 2020: Four legends of motorsport share their love of four wheels growing up, their successes, failures, personal struggles and life-threatening accidents.

London, UK – 16 January 2020 – Motorsport Network is pleased to announce that Manish Pandey’s feature-length motorsport epic movie ‘Heroes’ is to be released for a global audience on Motorsport.tv from 16 January 2020.

Heroes, which is Motorsport Network’s first film commission, brings together legendary drivers from F1, Le Mans 24 Hours and rallying who share never-before-heard stories of triumph and tragedy. The film will be available to view on an TVOD basis on Motorsport Network’s OTT platform Motorsport.tv.

Across ten chapters the interweaving narratives of the motorsport stars are featured with both archive and first-hand testimony. One of the underlying narratives is the human fragility of drivers and Heroes has officially partnered with the Institut du Cerveau et de la Moelle Epinière (ICM), one of the world’s leading brain and spine research institutes, which has enjoyed an enduring relationship with Formula 1.

James Allen, Motorsport Network President, said: “The response to Heroes has been overwhelmingly positive and through watching Mika, Felipe, Michele and Tom share their big breaks, successes, failures, personal struggles and life-threatening accidents you cannot help but be moved. Manish’s skill as a writer and director really has crafted something special and we look forward to sharing our film with motorsport and non-motorsport enthusiasts alike.”

Manish Pandey, writer and director, said: “As a filmmaker, of course, you dream of creating something very special. And ‘Heroes’ is very special, quite unlike any documentary, out there.  But you also want to reach as many people as you can - and with the powerhouse of Motorsport Network speaking to motor racing fans this a dream for any filmmaker.”